The English manual is not always the best

2016.05.20 by Matthias Kirschner in #documentation #translations

For a long time I was mainly reading the English manuals for technical devices, as it is usually the one with fewer translation errors. That was at least my approach until last week, when I received a new bluetooth loud speaker. 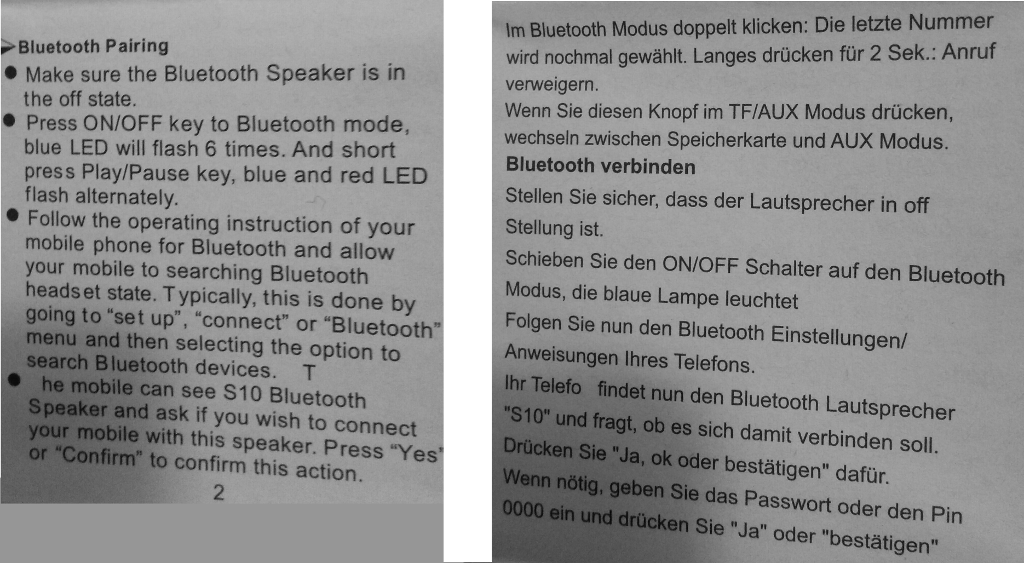 First I tried to set it up several times with the English documentation; after pressing the ON/OFF key to bluetooth mode I tried pushing the "Play/Pause" key short, then shorter, and again a little bit longer than short. But the blue and red LED flash never flashed as written in the manual.

After several unsuccessful attempts I checked the German translation and found out that it did not mention the part with the "Play/Pause" key at all. So I also skipped it, and – surprise, surprise – my mobile phone connected to the speakers.

I learnt my lesson that the English manual is not always the best, and that it is worth checking another language before you give up.