In June, I did several readings of "Ada & Zangeamnn - A tale of software, skateboards, and raspberry ice cream" in German.

The first one was on 2 June at the public library in Cologne Porz, which also acts as a makerspace. There I was reading the book to visitors of the public library, which resulted in a quite diverse audience considering age and technical background.

At this reading, I also for the first time met the people from O'Reilly with whom I worked in the last months: my editor Ariane Hesse and Corina Pahrmann, who is doing the marketing for the book. So I had the opportunity to thank the two of them in person for all the great work they did to write and market the book.

Here is the nice view while preparing for the reading next to the library at the Rhine. 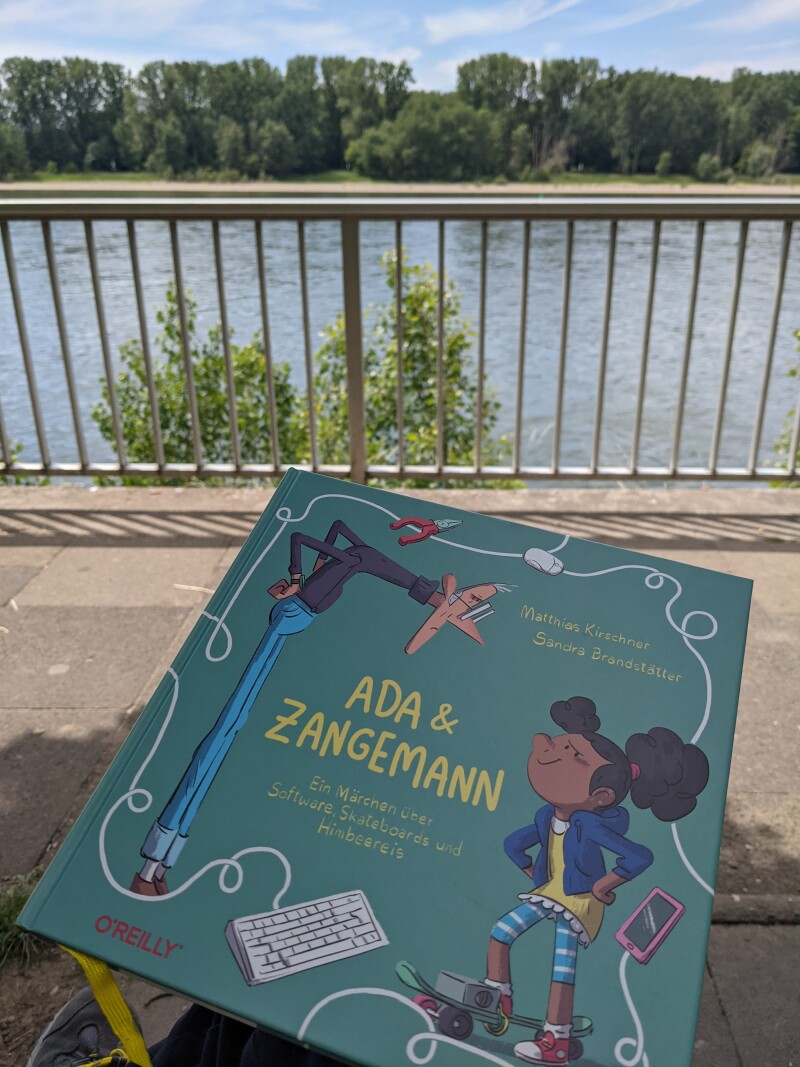 On 9 June, I was doing a reading at the re:publica 22 conference in Berlin. The reading took place in the fablab bus, which is a mobile hackerspace to reach young people in areas which do not have local hackerspaces. Briefly before the start of the reading, Volker Wissing, the German Federal Minister for Digital Affairs visited the bus. We had a quick chat with the children and briefly talked with him about the book, tinkering, and the self-determined use of software. As he was interested in the book, I gave him one of my copies I had with me.

After the reading there was a longer discussion with the children and adults about ideas for another book on the topic. 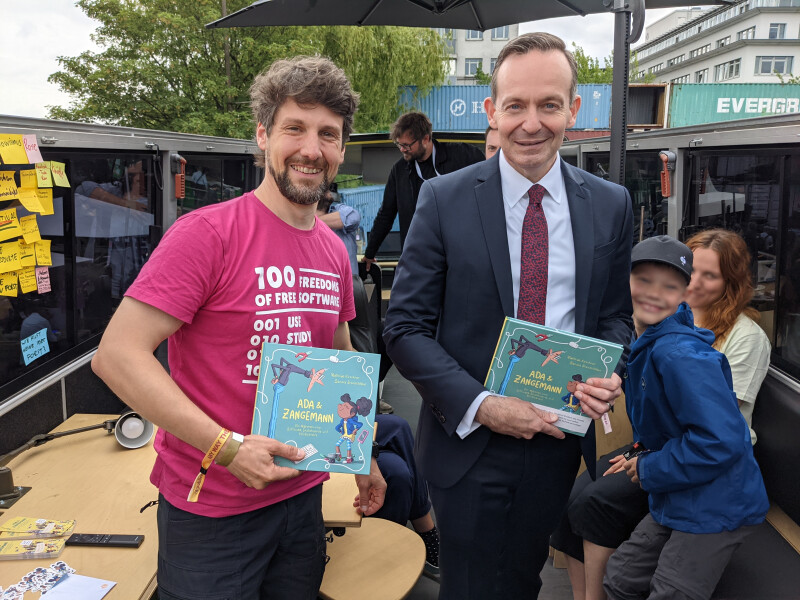 Finally, on 24 June, on the Germany's federal digital day, the city of Offenburg invited me to do a reading of the book. In the beginning it was planned to read the book towards 2 school classes. But over the time more and more teachers contacted the organisers and expressed interest to also participate in the reading with their classes. In the end, the reading took place in the largest cinema room in the city of Offenburg with over 150 third-graders from different schools in Offenburg and the Chief Mayor Marco Steffens was doing the introduction.

As with the other readings I did until now, the part I enjoy the most, are the questions and comments by children. Although I also enjoy the discussions with grown-ups, it is so encouraging to see how children think about the topics of the book, what ideas and plans they have. In the end the organisers had to stop the discussion, because the children had to go back to school. I was also amazed how concentrated the children were following the story for the 35 minutes of the reading before we had the discussion.

The room before the reading, which can fit 365 people, and which offered enough room to have some space between the different classes.

Some stickers and bookmarks I brought with me in front of the room: 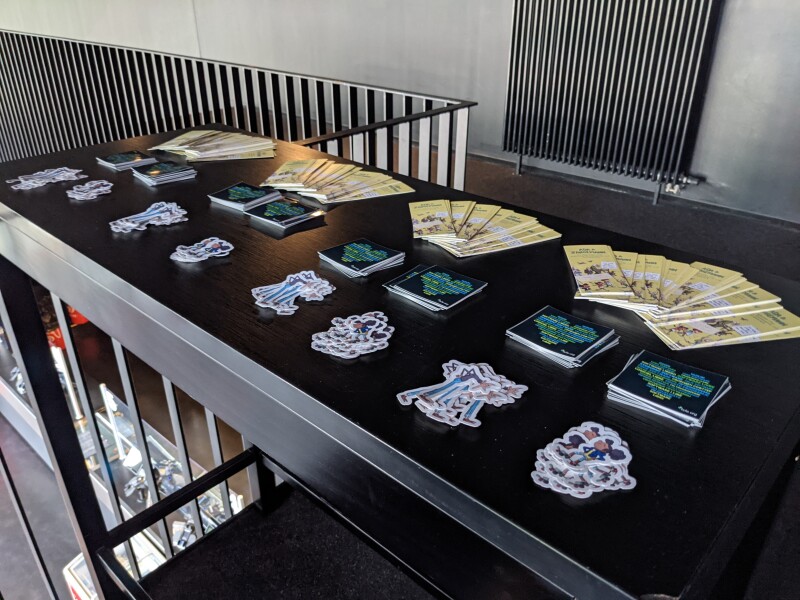 Chief Mayor Marco Steffens was doing an introduction before my reading: 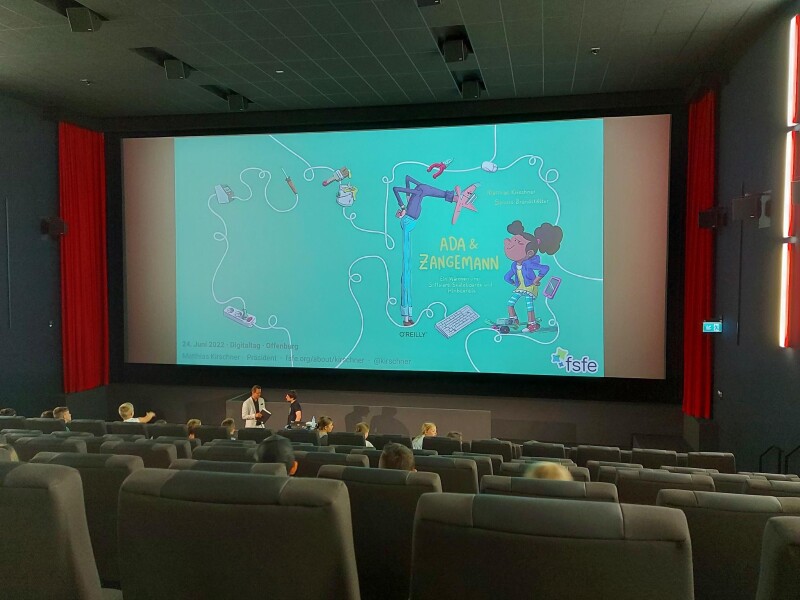 Myself at the reading, while showing one of my favourite illustrations by Sandra Brandstätter: 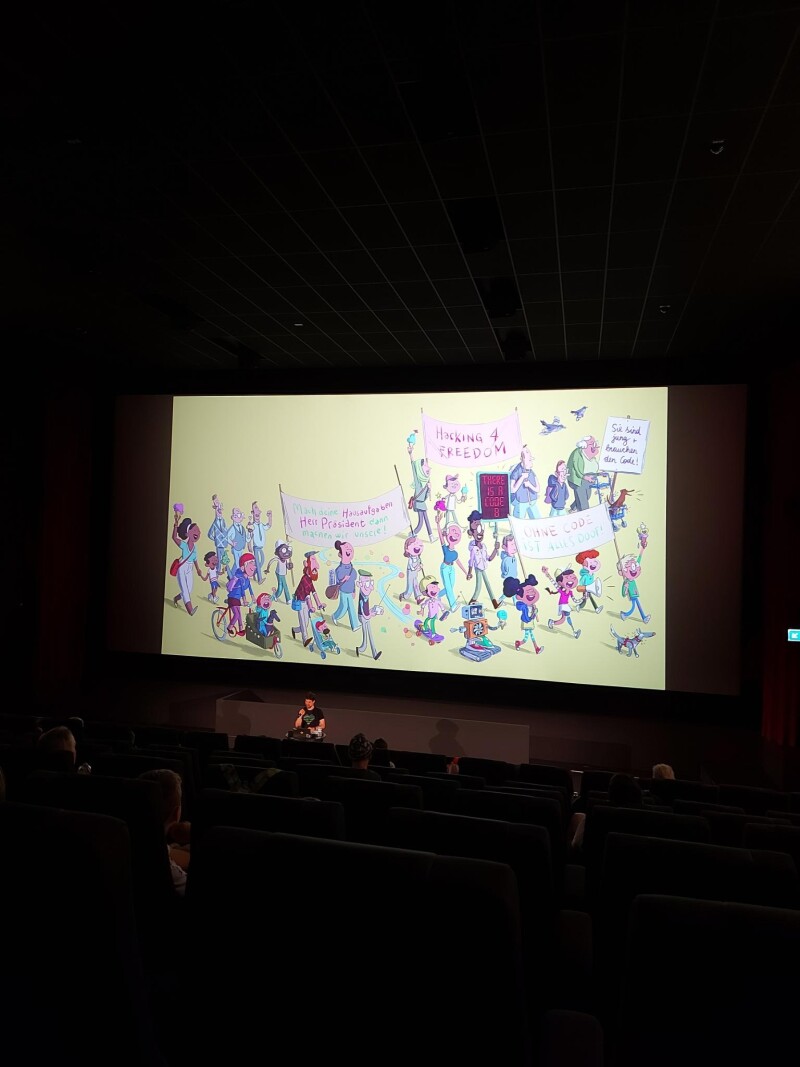 After the reading I joined the people from the local hackerspace Section 77 at their booth for the Digital Day and had further interesting discussions with them and other people attending the event.

I am already looking forward to future readings of the book and discussions with people, young and old, about the topics of the book.