From 13 - 15 June 2014 FSFE had its German speaking team meeting in the Linuxhotel in Essen. The participants had some problems to travel there because of the chaos resulting from a heavy thunderstorm in the region. A lot of train lines where not functional, and the situation on the streets was also chaotic. But just because no ICE trains stop in Essen does not mean we will not continue our work for Free Software. In the end we were able to bring all volunteers to the Linuxhotel. 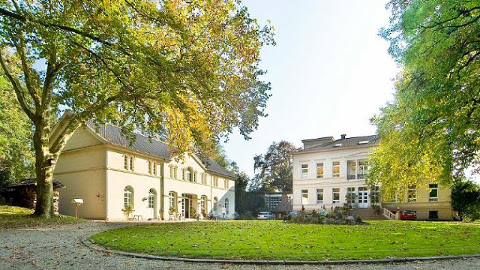 On Friday after dinner we finalised the agenda, especially discussing the workshop topics and decided depending on popularity which ones we will have during the weekend. Furthermore we added a slot for lightning talks for Saturday morning. After dinner we met Michael and Mechthilde in the Linuxhotel, who reported from their work during the day at the GLS bank to promote FSFE (in German).

Saturday morning started with 30 minutes of lightning talks. Erik Albers talked about our work and the results of the Free Software pact and how we could use that for regional elections. Maurice gave an overview of our activities in the Netherlands, especially their work at cryptoparties and the privacy cafe, the Netherland team's involvement in the Free Software pact, and reported that the NL team now consists of around 10 active people. Guido Arnold presented a bash script to make it easier to publish local FSFE meetings on different FSFE websites, and microblogs. He motivated others to look at the code and improve it. Torsten Grote talked about the status of Free Software microblogging software. As the last one, Erik Albers gave a short overview from our German speaking local groups. Afer that the first slot of two parallel workshops started:

After lunch Michael Stehmann held a session how to better integrate evaluation in our work. We will do more work on this topic in the comming months. Then it was time again for two parallel workshops slots:

Due to longer travel times caused by the storm, Sunday was quite short. In the morning we slightly modified the agenda, and again had two workshop sessions. On group continued with the WhatsApp workshop to do further testing, and in the other group Erik Albers talked with local team coordinators about their situation and what ideas they have for the future. After "destroying" the rest of Saturday evening BBQ, and cleaning up, 2 days of good work were over again.