Last year in September I wrote about the process and reasons of dissolving "FSFE Chapter Germany e.V.". As I was recently contacted by someone in the Free Software community, who also has to dissolve an association, I thought others might also benefit to see the last piece of the puzzle. 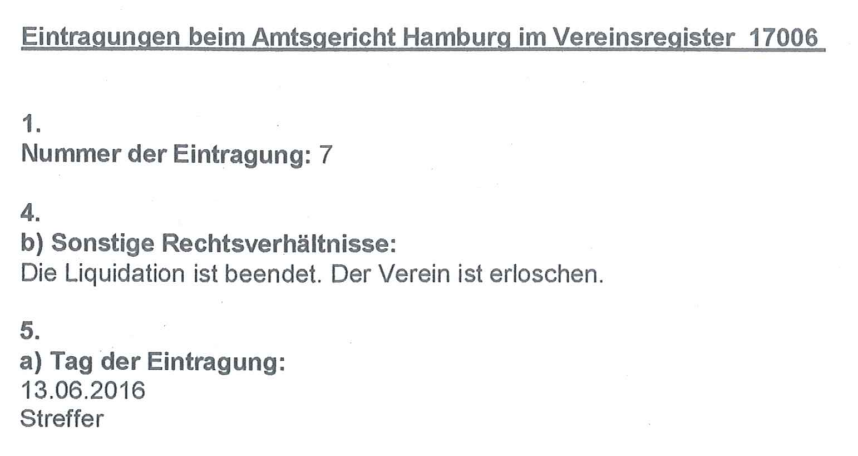 After the liquidation of Chapter Germany was announced on 5 May 2015 in the "Amtlicher Anzeiger" Hamburg (PDF, page 16) we had to wait another year to see if anyone thinks we still owe them money. We have been warned that in this period you should be careful, as some cheaters send fake invoices. Luckily nothing like that happened to us so we could transfer all the remaining money to FSFE e.V., the European association.

Last month I was again at the notary to send a final letter to the register court to inform them that everything is completed from our side. A few weeks later we received the final confirmation from their side that "FSFE Chapter Germany e.V." is officially dissolved (see the picture above).

On task less to concentrate on, when solving organisational challanges to reach our mission.