At this year's FrOSCon from 19 to 20 August 2017 the FSFE participated again with a booth and I gave a talk about the Limux project. 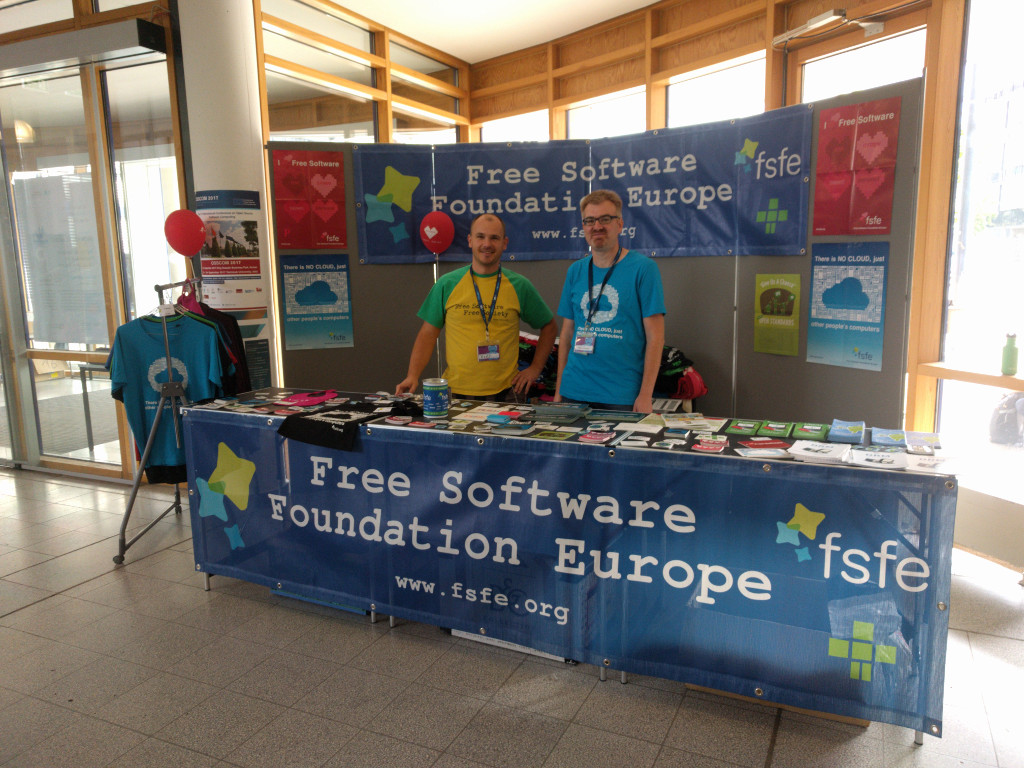 As in the last years the FSFE was present with a booth, answering questions about Free Software and the FSFE's current activities. This years we especially enjoyed that many visitors did not know who the FSFE is, and what we are doing. So beside handing out info material for people to use in their region and selling merchandise, we reached new several new people there with our booth.

Beside that meeting many known and new people, I was giving a talk about the Limux project in German. You can either watch or download the recording on the CCC's media server or on youtube. There is also an English recording of a similar talk which I gave as keynote at OpenSUSE conference 2017.

If you have additional questions or comments about what we can learn from Limux, feel free to ask them on our discussion lists. On the German and English one, the FSFE's German coordinator Björn Schießle -- who has published several articles about Limux in the past -- and our new deputy coordinator for Germany -- Florian Snow are also subscribed. Looking forward to read you there.

On Sunday Elisa Lindinger also gave a talk about the Prototype Fund. Afterwards she was answering questions at our booth about it. If you are a German resident, interested to develop Free Software prototypes, and be paid by the German Government for doing that, get in touch with the Prototype Fund team.